Pŕgina 28
... In the eighteenth century the ordinary Grand Tour on which young gentlemen of wealth and fashion were despatched on leaving the university meant the circuit of France , Switzerland , Italy , Germany , and the Low Countries , .
Pŕgina 29
Richardson states in Pamela , 1740 , that Squire B- had travelled in France , Italy , and the Low Countries . In Clarissa , 1747-48 , Lovelace is given the reputation of being widely travelled , for when Mr. Henry decides to send his ...
Pŕgina 30
Clyamon , another character in the same book , spends three years at the university and then makes a tour of France , Italy , Sweden , and several parts of Germany . Frances Brooke , in The History of Lady Julia Mandeville ... 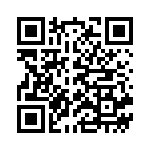