David Paul Kuhn covered the 2004 presidential campaign as Chief Political Writer for CBS.com, and is currently a Senior Political Writer and news analyst for The Politico. He has also written for The Washington Post Magazine, The Wall Street Journal, Salon.com, and the Tokyo-based Yomiuri Shimbun. He lives in New York City. 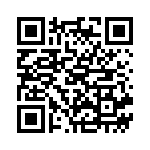