Pągina 177
The Committee's report , issued on 1 March 1722/3 , is a document of seventy - six folio pages , accompanied by some 350 additional pages of ' appendixes ' which reproduce letters , depositions , and examination proceedings.3 Between ...
Pągina 179
1 Committee of Commons Report , Appendix , E - 8 to E - 11 . Neynoe's character was so dubious that even Bishop Willis , one of Atterbury's fiercest antagonists , confessed that he did indeed ... always think him to be a Knave ' .
Pągina 180
For it was these two inconsequential documents which , so the report ran , had been triumphantly discovered , by the Government officers , in the episcopal close - stool ! 1 It is probable that Atterbury's opponents recognized the ... 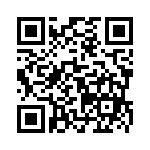