Robert Scholes is Research Professor of Modern Culture and Media, Professor Emeritus of English, Comparative Literature, and MCM, and Andrew W. Mellon Professor of Humanities Emeritus at Brown University. The author of many works of literary theory and pedagogy, he was President of the Modern Language Association in 2004. The late Robert Kellogg was a professor of English from 1957 until 1967, chairman of the English department from 1974 to 1978, and Dean of the College of Arts & Sciences from 1978 to 1985 at the University of Virginia. He was the first principal of Brown College at Monroe Hill from 1985 to 1999. James Phelan is an internationally recognized expert in narrative theory. He is Humanities Distinguished Professor in the department of English at Ohio State University. He is the editor of the journal Narrative, and author of five books of narrative theory, including Living to Tell About It, and the forthcoming Experiencing Fiction. 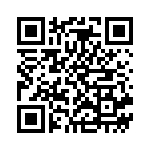