These are both good times and bad times for Thomas More (1475-1535). The handsome Yale edition of his complete works and the perennial charm of the play and film Man for All Seasons keeps More's name ... Llegeix la ressenya completa

Thomas More (1478-1535) rose from humble origins to achieve the highest political and judicial office of England, second only to the king. He was recognized throughout Europe as one of the great lawyers, Christian humanists, and classical scholars of his day. Despite refusing to endorse Henry VIII's plan to divorce Katherine, More became Lord Chancellor in 1529. He resigned in 1532 in disapproval of Henry's stance toward the church. He refused to attend the coronation of Anne Boleyn in June 1533, a matter which did not escape the King's notice. In April, 1534, More refused to swear to the Act of Succession, and the Oath of Supremacy, and was committed to the Tower of London on April 17. He was found guilty of treason and was beheaded on July 6, 1535. His final words on the scaffold were: "The King's good servant, but God's first." In 1935 Thomas More was canonized by the Roman Catholic Church. In 2000 Pope John Paul II declared him the patron saint of politicians. 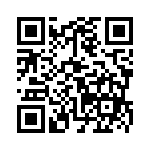