Michael Walzer is UPS Foundation Professor of Social Science at the Institute for Advanced Study in Princeton. He has published extensively in political philosophy and is equally well known for his contributions to contemporary political debates. He lives in Princeton, NJ. David Miller is professor of political theory and official fellow, Nuffield College, Oxford. He is a fellow of the British Academy and the author or editor of fifteen books, including On Nationality and Principles of Social Justice. 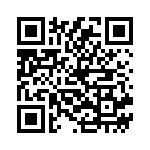