Michelle Wolkomir is an assistant professor of sociology at Centenary College in Shreveport, Louisiana. 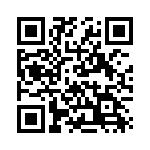