David Halliburton is Professor of English, Comparative Literature, and Modern Thought and Literature at Stanford University. He is the author of several books, most recently The Color of the Sky: A Study of Stephen Crane. 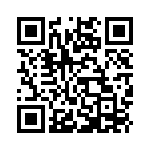