Thomas Habinek is a professor of classics at the University of Southern California. 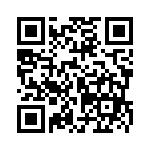