Bruno S. Frey is Professor of Economics at the Institute for Empirical Research in Economics in Zurich. He is the author of Economics as a Science of Human Behavior, Not Just for the Money: An Economic Theory of Personal Motivation, The New Democratic Federalism for Europe and Inspiring Economics. Alois Stutzer is a lecturer on the theory of economic policy at the University of Zurich. He has authored several papers in the fields of public choice, labor economics, and economics and psychology. 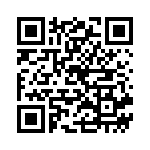