Mike Sutin is a commercial lawyer in Santa Fe, New Mexico, and serves as pro-bono counsel to PEN New Mexico and the New Mexico Book Association. He is a member of both. His volunteer work for his street and neighborhood, and directorships on his neighborhood association and business and economic development organizations, afford insider sensitivity into the good, bad and ugly of Santa Fes Canyon Road. His poems have appeared in local, regional, and national small presses, and anthologies. His first book of poems, Voices from the Corner/Voces del Rincon (Pennywhistle Press, 2001), greeted with critical acclaim, is an investigation into idiosyncracies gathered from the corners of complex Native American, Hispanic, and Anglo interrelationships in New Mexico. An astute observer of the human condition, his insights into Santa Fes societal and cultural life cycles continue in Naked Ladies. Recognition of Mikes position as a major lawyer-poet in the United States is evidenced by his inclusion in Off the Record, a poetry anthology of the Legal Studies Forum, representing the first effort of a United States legal journal to devote an entire issue to poetry. Mike has published a number of legal articles in national and state venues. A member of the Santa Fe Live Poets Society, he has lived in New Mexico since 1946. 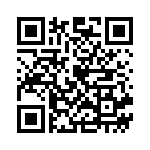