Joe Ortiz has the distinction of being the first Mexican American journalist in US history to conduct a talk show on an English-language, commercial radio station. He began his broadcasting career in 1971 in the highly competitive Los Angeles media market. He went on to become an award-winning broadcaster, news reporter and newspaper columnist in Los Angeles for over 20 years. A Born Again Christian since 1975, he wrote his first book, Saved, What Do You Mean Saved? (GBM Books) in 1983, and began writing The End Times Passover in 1985 while operating his own public relations company. He implemented publicity for numerous clients, including special events that featured many renowned celebrities and sports personalities. He also provided public relation to numerous community organizations and many elected officials in California. During his broadcasting career he also worked as a Parole Agent and Job Agent for the State of California, a public information specialist for the largest anti-poverty agency in the southwest; and a teacher/administrator at Los Angeles City Schools and South Bay College. He began his talk show career on KABC-AM 79 and received a Golden Mike Award for news reporting while at KPFK-FM Radio and the Angel Award for Best Talk Show Host in 1973 while hosting a show at KCBS Television. In the November, 1989 issue of Hispanic Business Magazine, he was named to that national periodical's 100 Most Influential Hispanics in the US for his broadcasting excellence. Educated at the University of California at Riverside and UCLA, he holds California State credentials to teach Public Relations, Public Affairs Broadcasting, Human Relations in Business, and Personnel Training and Related Occupations. He has taught at Riverside City College and both Los Angeles and Riverside Unified School Districts. Web sites are:http://sites.google.com/site/theendtimespassover/main-page and http://sites.google.com/site/joeortizassociates/Home/joe-ortiz-associates 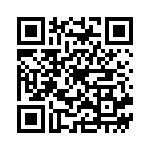