Two hundred years before there was a President Clinton, there was a Vice President George Clinton, who served under both presidents Thomas Jefferson and James Madison as an ardent supporter of ... Llegeix la ressenya completa

John P. Kaminski is the founder and director of The Center for the Study of the American Constitution at the University of Wisconsin-Madison, where he is also co-editor of the multivolume The Documentary History of the Ratification of the Constitution. Dr. Kaminski earned his B.A. and M.A. from Illinois State University and his Ph.D. from the University of Wisconsin-Madison, where he was presented the 1991 Chancellor's Distinguished Research Award. He is the author of Paper Politics: The Northern State Loan Offices During the Confederation, 1783-1790 (1989) and co-editor of The Constitution and the States: The Role of the Original Thirteen in the Framing and Adoption of the Federal Constitution (1989), The Bill of Rights and the States: The Colonial and Revolutionary Origins of American Liberties (1992)—both of which received the 1993 Fraunces Tavern Museum Book Award. He also co-edited Federalists and Antifederalists: The Debate Over the Ratification of the Constitution (1989), A Great and Good Man: George Washington in the Eyes of His Contemporaries (1989), and Creating the Constitution: A History in Documents (1991). In addition, Dr. Kaminski was president of The Association for Documentary Editing in 1986-87. 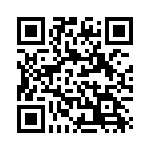