Thomas Paine, the author of the famed Common Sense in 1776, extends his critique of Western culture from government to religion in this treatise. In it, he appeals for Deism based upon Nature instead ... Llegeix la ressenya completa

'Of all the tyrannies that affect mankind, tyranny in religion is the worst,'' declared Thomas Paine, adding, ''every other species of tyranny is limited to the world we live in; but this attempts to ... Llegeix la ressenya completa

Born to parents with Quaker leanings, Thomas Paine grew up amid modest circumstances in the rural environs of Thetford, England. As the recipient of what he termed "a good moral education and a tolerable stock of useful learning," little in Paine's early years seemed to suggest that he would one day rise to a stunning defense of American independence in such passionate and compelling works as Common Sense (1776) and The American Crisis essays (1776-83). Paine's early years were characterized by a constant struggle to remain financially solvent while pursuing a number of nonintellectual activities. Nevertheless, the young Paine read such Enlightenment theorists as Isaac Newton and John Locke and remained dedicated to the idea that education was a lifelong commitment. From 1753 to 1759, Paine worked alternately as a sailor, a staymaker, and a customs officer. Between 1759 and 1772, he married twice. His first wife died within a year of their marriage, and Paine separated amicably from his second wife after a shop they operated together went bankrupt. While these circumstances seemed gloomy, Paine fortuitously made the acquaintance of Benjamin Franklin in London in 1773. Impressed by Paine's self-education, Franklin encouraged the young man to venture to America where he might prosper. Arriving in Philadelphia in 1774, Paine quickly found himself energized by the volatile nature of Revolutionary politics. Working as an editor of Pennsylvania Magazine, Paine found a forum for his passionate radical views. In the years that followed, Paine became increasingly committed to American independence, and to his conviction that the elitist and corrupt government that had ruled over him in England had little business extending its corrosive colonial power to the States. Moved by these beliefs, Paine published Common Sense (1776), a test that proved invaluable in unifying American sentiment against British rule. Later, after joining the fray as a soldier, Paine penned the familiar lines in "The American Crisis": "These are the times that try men's souls." Fifteen years later, Paine wrote his other famous work, Rights of Man (1791). Drawing on his eclectic experiences as a laborer, an international radical politician, and a revolutionary soldier, Paine asserted his Lockeian belief that since God created humans in "one degree only," then rights should be equal for every individual.

Moncure Daniel Conway was born on March 17, 1832 in Falmouth, Stafford County. He was an American abolitionist, Unitarian clergyman, and author. He graduated from Dickinson College in 1849, studied law for a year, and then became a Methodist minister in his native state. In 1852, thanks largely to the influence of Ralph Waldo Emerson, his religious and political views underwent a radical change, and he entered the Harvard University school of divinity, where he graduated in 1854. Here he fell under the influence of "transcendentalism", and became an outspoken abolitionist. After graduation from Harvard University, Conway accepted a call to the First Unitarian Church of Washington, D.C., where he was ordained in 1855, but his anti-slavery views brought about his dismissal in 1856. From 1856 to 1861 he was a Unitarian minister in Cincinnati, Ohio, where he also edited a short-lived liberal periodical called The Dial. Subsequently he became editor of the Commonwealth in Boston, and wrote The Rejected Stone (1861) and The Golden Hour (1862), both powerful pleas for emancipation. In 1864, he became the minister of the South Place Chapel and leader of the then named South Place Religious Society in Finsbury, London. His thinking continued to move from Emersonian transcendentalism toward a more humanistic "freethought". Moncure Conway's title's include: Life and Papers of Edmund Randolph, The Life of Thomas Paine with an unpublished sketch of Pain, Solomon and Solomonic Literature and My Pilgrimage to the Wise Men of the East. He passed away on November 5, 1907. 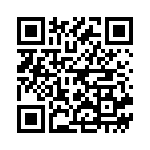