In the conclusion, Beal confesses that he has not written the kind of book that he thought he was writing. "The book I intended to write ABOUT religion has become...a RELIGIOUS book." I can think of ... Llegeix la ressenya completa

ROADSIDE RELIGION: In Search of the Sacred, the Strange, and the Substance of Faith

A personal tour of America's roadside Christian kitsch as an earnest and at the same time a condescending religion professor (Case Western Reserve) hauls his family around the country in an RV.It's ... Llegeix la ressenya completa

Timothy K. Beal is Florence Harkness Professor of Religion and director of the Baker-Nord Center for the Humanities at Case Western Reserve University in Cleveland, Ohio. His books include Religion and Its Monsters and The Book of Hiding, and his essays have appeared in the New York Times, The Chronicle of Higher Education, and the Washington Post. He lives in Cleveland, Ohio. 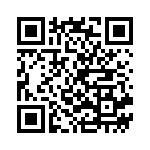