Pŕgina 57
nuscripts are said to be of the Alexandrian or Western recension, as the
appropriate readings of each preponderate. The margins of these manuscripts,
as well as those of the Ethiopic, Armenian, Sahidic, and Syro-Philoxenian
versions, and ...
Pŕgina 66
I. The Alexandrian Manuscript. – II. The Vatican Manuscript. OF the few
manuscripts known to be extant, which contain the Greek Scriptures (that is, the
Old Testament, according to the Septuagint Version, and the New Testament),
there are ...
Pŕgina 73
1209, which Wetstein and Griesbach have both noted with the letter B., contests
the palm of antiquity with the Alexandrian manuscript. No fac-simile of it has ever
been published. The Roman edition of the Septuagint, printed in 1590, professes
... 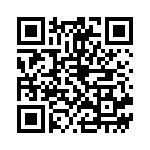