Tzachi Zamir holds a doctorate in philosophy and is Assistant Professor of Comparative Literature and English at the Hebrew University of Jerusalem. He has published a number of essays on the relations between philosophy and literature. 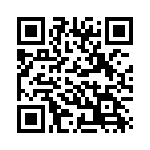