Graham Rooth MD, MRC Psych, is a retired consultant psychiatrist with a longstanding interest in languages, and the relationship between spirituality and humanistic therapies. His recently made a new translation of Hubert Benoit's The Supreme Doctrine, published with other Benoit publications in The Light of Zen in the West (Sussex Academic Press, 2005). 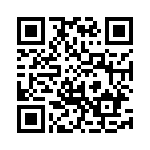