Henry James (1843-1916), son of Henry James Sr. and brother of the philosopher and psychologist William James and diarist Alice James, was an American-born author and literary critic of the late 19th and early 20th centuries. He spent much of his life in Europe and became a British subjectshortly before his death. He is primarily known for novels, novellas and short stories based on themes of consciousness and morality. 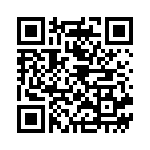