Alan Watts (1915-1973) was a renowned theorist and translator of Eastern philosophy, popularizing many concepts of Zen Buddhism in Western culture. His published works include The Legacy of Asia and Western Man; Behold the Spirit: A Study in the Necessity of Mystical Religion; Myth and Ritual in Christianity; Does It Matter?: Essays on Man's Relation to Materiality; and In My Own Way: An Autobiography: 1915-1965. 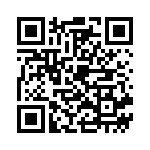