Christopher Isherwood, born in Cheshire, England, in 1904, wrote both novels and nonfiction. He was a lifelong friend of W.H. Auden and wrote several plays with him, including Dog Beneath the Skin and The Ascent of F6. He lived in Germany from 1928 until 1933 and his writings during this period described the political and social climate of pre-Hitler Germany. Isherwood immigrated to the United States in 1939 and became a U.S. citizen in 1946. He lived in California, working on film scripts and adapting plays for television. The musical Cabaret is based on several of Isherwood's stories and on his play, I Am a Camera. His other works include Mr. Norris Changes Trains, about life in Germany in the early 1930s; Down There on a Visit, an autobiographical novel; and Where Joy Resides, published after his death in 1986. 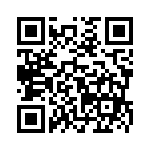