The Oxford dictionary of political quotations

Originally published in Great Britain and edited by British television writer and producer Jay, this book aims to present "a bank of political quotations which are part of the currency of political ... Llegeix la ressenya completa

About the Editor: From Panorama in 1956 to Annie's Bar in 1996, Antony Jay has spent 40 years travelling in the realms of government and politics as a television writer and producer. He is perhaps best known as the writer of the incisively witty political comedies Yes, Minister and Yes, Prime
Minister. He has an established interest in and knowledge of Quotations dictionaries, and acted as a contributor-assessor for the third edition of the Oxford Dictionary of Quotations. 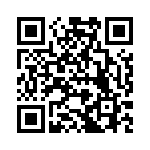