Randall Jarrell and his age

Burt (English, Macalester Coll.), author of an award-winning book of poetry as well as numerous essays on the subject, presents close readings of Jarrell's poetry and prose works, including his novel ... Llegeix la ressenya completa

Stephen Burt is assistant professor of English at Macalester College. His essays on poets and poetry have appeared in the Boston Review, London Review of Books, Times Literary Supplement, and the Blackwell Companion to 20th Century Poetry, among other places. His book of poems, Popular Music, won the Colorado Prize for 1999. 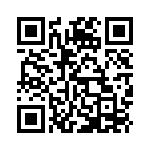