I enjoyed this book immensely. It greatly added to my knowledge and understanding of the ante-bellum South and why secession and the Civil War occurred. Reading this book was like reading one of the ... Llegeix la ressenya completa

Elizabeth Fox-Genovese is Eléonore Raoul Professor of the Humanities at Emory University, where she was founding director of Women's Studies. She is Editor of The Journal of The Historical Society and serves on the Governing Council of the National Endowment for the Humanities (2002-2008). In 2003 President George Bush honored her with a National Humanities Medal, and the Fellowship of Catholic Scholars honored her with its Cardinal Wright Award. Among her books and published lectures are: The Origins of Physiocracy: Economic Revolution and Social Order in Eighteenth-Century France; Within the Plantation Household: Black and White Women of the Old South; and Feminism without Illusions: A Critique of Individualism.

Eugene D. Genovese, a retired professor of history, served as first president of The Historical Society. Among his books are Roll, Jordan, Roll: The World the Slaves Made; The Slaveholders' Dilemma: Southern Conservative Thought, 1820-1860; and A Consuming Fire: The Fall of the Confederacy in the Mind of the White Christian South. Fox-Genovese and Genovese serve on the editorial boards of a number of scholarly journals and are co-authors of Fruits of Merchant Capital: Slavery and Bourgeois Property in the Rise and Expansion of Capitalism. In 2004 The Intercollegiate Studies Institute presented them jointly with its Gerhard Niemeyer Award for Distinguished Contributions to Scholarship in the Liberal Arts. 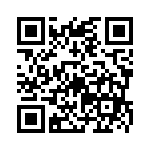