Kenneth Rexroth was born in South Bend, Indiana, and worked at a wide variety of jobs, being largely self-educated. In the late 1950s, he won a number of awards, including an Amy Lowell Travelling Fellowship, the Shelley Memorial Award, and a National Institute of Arts and Letters Literature Award. He translated widely, mainly from the Japanese, and wrote a lively account of his life, An Autobiographical Novel. His work influenced many younger poets, such as Snyder, and continued in part the traditions of imagism and objectivism. A critic as well as a poet, his collections of essays include American Poetry in the Twentieth Century (1971) and Communalism: From Its Origins to the Twentieth Century (1975). 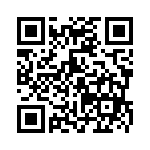