Born again at the age of 30, Modestine Williams Brody was ordained as a minister of the gospel at age 33, by Bishop Charles O. McDowell at True Faith Fellowship Ministries, Inc. Pastor Brody served there for sixteen years in various capacities such as Minister of Music and Assistant Pastor. She along with her husband were called to birth “Resurrection Outreach Ministries. Prophet Brody affirmed into the Ministry of Prophecy by Bishop Rodney D. James of Covenant Life Ministries International of Baltimore, MD. She is a certified Christian Counselor under the NCCA. Prophet Brody offers workshops on understanding the “Temperament” entitled “I see real people.” Writings by Prophet Brody Include her books “Bring Forth “featuring How to get a Husband” and “When a Prophet Cries”. The CD project by “Risen Soldiers entitled “Under the Shadows of His Wings” features songs that were prophetically inspired by the Spirit of God (including a communion song “I’m remembering You, Jesus). Prophet Brody also writes “Customized Puppet Skits” for the Resurrection Outreach Puppet Ministry such as “It Hurts so Much to Love You” a skit addressing the issues of Domestic Violence and “The Real Meaning of Christmas.” She and her husband have created characters such as “T.D. Bakes” whose favorite saying is get bready, get bready, get bready, who bakes and breaks the bread of life. Prophet Brody would love to hear from you if these writings are a blessing to you. If you desire to so a seed into the cost of publishing you may send it to: Resurrection Outreach Ministries, 1809 North Douglas Street, Florence, SC 29501. You may e-mail any comments to lbrody@sc.rr.com. Remember God takes pleasure in those whose hope is in His mercy!!! All Glory be to God.!!!! 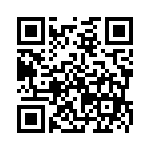