Archibald Milne Hamilton was born in 1898 in New Zealand. An early interest in all things scientific would endure throughout his life. After having graduated from university with a Bachelor of Engineering, Hamilton worked on several projects in New Zealand and in 1926 joined the British Admiralty team involved in designing the new Singapore Naval Base. In 1927 he became engineer in charge of Diwaniyeh in Iraq and later transferred to Kurdistan, where he would spend the next four years of his life. He died, aged 74, in 1972.

David McDowall is an expert on the Middle East and an author of the bestselling, 'A Modern History of the Kurds' (IBT). 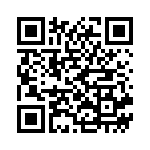