E. Warwick Slinn, Associate Professor in the School of English and Media Studies, Massey University, New Zealand, is the author of Browning and the Fictions of Identity and The Discourse of Self in Victorian Poetry (Virginia). 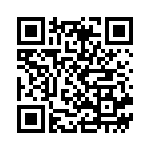