LITERATURE for the NON-SUBJECTIVE

I always hated Literature, particularly because of HOW is was taught in school: What do I care what you think this means, I want to know what it ACTUALLY means. Thank You, finally, for an objective criticism! I look forward to the comprehensive analyses of Shakespeare's works to come. Llegeix la ressenya completa 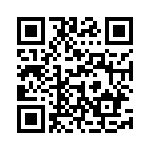