I have to say, I've had this book talked up to me so much by various people that the actual reading was rather disappointing. I mean, the concept of "queer antifuturism" was probably explained to me ... Llegeix la ressenya completa

No future: queer theory and the death drive

Queer theory, a fairly recent academic discipline, has been commonly used as an analytic tool to deconstruct literature, film and art, although writers such as Judith Butler and Michael Warner have ... Llegeix la ressenya completa

Lee Edelman is Professor of English at Tufts University. He is the author of Homographesis: Essays in Gay Literary and Cultural Theory and Transmemberment of Song: Hart Crane's Anatomies of Rhetoric and Desire. 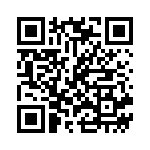