I really enjoyed the quaint lore, but didn't finish every bit of it, preferring to consider this wonderful book a reference. I'm culling all my books but this one is a keeper. Very well done. Llegeix la ressenya completa

A charming and moderately informative consideration of the visible atmosphere. 5+ stars for concept, 3 average for execution. The tone is a bit spotty with moments of grace. Worth it for the Morning Glory. Member #22860 Llegeix la ressenya completa

Gavin Pretor-Pinney is the co-founder of The Idlermagazine in England. A former science nerd and a graduate of Oxford University, he has been obsessed with clouds since childhood. His writing has appeared in The Telegraph, The Evening Standard, and other publications in England, including The Idler Book of Crap Towns. Currently living in London, Gavin is the founder of the Cloud Appreciation Society. 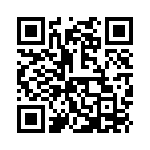