I love this book!!! It is fun to read and I learned something to. If everything is true in this book then history needs to be rewritten. Llegeix la ressenya completa

Randall James Hamilton Zwinge was born on August 7, 1928 in Toronto, Ontario, Canada. He began his career in the late 40's as an illusionist and escape artist. He became known as the Amazing Randi and was an international success. In 1986, he received the McArthur "genius" grant. He retired from stage magic at the age of 60 and began a career of investigating claims of the paranormal. He devoted his life to debunking paranormal claims. Preferring to be called a skeptic or an investigator, he aimed to show that "something was not likely." He was considered a father of the modern skeptical movement. He wrote numerous books which included, Houdini, His Life and Art (1976) co-authored with Bert Randolp Sugar; Flim Flam! The Truth About Unicorns, Parapsychology, and Other Delusions (1980); The Faith Healers (1987); and An Encyclopedia of Claims, Frauds, and Hoaxes of the Occult and Supernatural (1995). In 1976, Mr. Randi, along with Carl Sagan, Isaac Asimov, and others, founded the Committee for Skeptical Inquiry. It published the magazine Skeptical Inquirer. James Randi, also known as the Amazing Randi, died at his home in Florida at the age of 92. 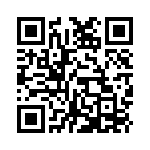