Scott M. Beekman is Visiting Assistant Professor of History at Ohio University. He is the author of William Dudley Pelley: A Life in Right-Wing Extremism and the Occult (2005). 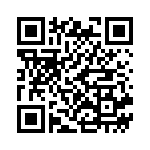