MARTIN SICKER is a private consultant and lecturer who has served as a senior executive in the U.S. government and has taught at American University and The George Washington University. Dr. Sicker has written extensively in the field of political science and international affairs. He is the author of 22 earlier books, including The Pre-Islamic Middle East (Praeger, 2000) and Between Rome and Jerusalem: 300 Years of Roman-Judaean Relations (Praeger, 2001). 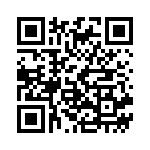