Since the first edition of this major reference work appeared (LJ 5/1/90), it has been extensively revised and enlarged, adding 32 writers, 268 entries, and approximately 230 pages. Bibliographies are ... Llegeix la ressenya completa

Everett Ferguson received S.T.B. and Ph.D. degrees from Harvard University, where he was Honorary John Harvard Fellow. He has taught most of his career at Abilene Christian University, where he has twice been honored in his college as Teacher of the Year. Everett Ferguson has been president of the North American Patristic Society, served on the Council of the American Society of Church History, and is now on the Council of the Association Internationale d'ftudes Patristiques. His books include Backgrounds of Early Christianity, 2nd ed. (1993), Early Christians Speak, rev. ed. (1987), and (with A.J. Malherbe) Gregory of Nyssa: Life of Moses(1378). He was founding editor of The Second Century, co-editor of Journal of Early Christian Studies, and general editor of Garland's 18-volume Studies in Early Christianity(1993). 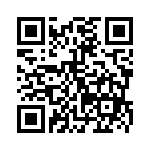