R. A. Horne has had two writing careers, scientific papers and advanced textbooks and in more recent years poetry, novels, short fiction, and nonfiction book reviews.  One of his graduate degrees is in philosophy and this interest expanded into an interest in religion.  He spent years reading through the great books of the world’s faiths, but the BIBLE easily remained “the greatest story ever told.”  In I WAS THERE he tries to retell the familiar stories, although of course no one can improve on the splendid language of the King James translation, and to add some new stories of his own imaginative creation. 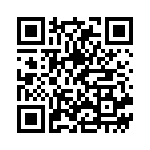