The first time I read this book I was in college - I'm much older now and re-read it for book club. The discussion was great and very interesting to hear from men who actually fought in the Vietnam ... Llegeix la ressenya completa

O God--please give him back! I shall keep asking You. Yesssss!!!!!! Bawling. Perfectly great ending, the way the meaning of everything that occurred in Owen Meany's life was revealed in those final ... Llegeix la ressenya completa

John Irving published his first novel at the age of twenty-six. He has received awards from the Rockefeller Foundation, the National Endowment for the Arts, and the Guggenheim Foundation; he has won an O. Henry Award, a National Book Award, and an Academy Award. Mr. Irving lives with his family in Toronto and Vermont.


From the Trade Paperback edition. 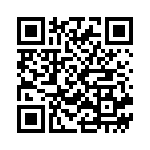