Adela Yarbro Collins is Buckingham Professor of New Testament Criticism and Interpretation at Yale University. Her previous books include Mark: A Commentary and Crisis and Catharsis: The Power of the Apocalypse.

Harold Attridge is Dean of Yale University Divinity School and Lillian Claus Professor of New Testament. He has made scholarly contributions to New Testament exegesis and to the study of Hellenistic Judaism and the history of the early Church. He has edited eleven books and contributed numerous chapters and articles to books and journals. He has been an editorial board member of Catholic Biblical Quarterly, the Harvard Theological Review, the Journal of Biblical Literature, and the Hermenia Commentary Series. He is active in the Society of Biblical Literature and served as its president. 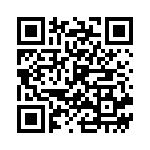