Miles Marshall Lewis was born in the Bronx in 1970 and currently splits his time between New York City and Paris, France. He is the author of "Scars of the Soul" (Akashic, 2004), and is a former editor of Vibe and XXL. His work has been published in The Nation, The Source, The Village Voice, Rolling Stone, Essence, and other 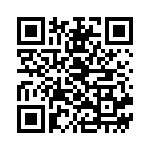