Thomas Fall was born in the Ozark Mountains of Arkansas in a community with many Cherokee Indians. He said he had ?a touch of Cherokee ancestry? and ?grew up in western Oklahoma among many families of Plains Indians representing all the tribes mentions in The Ordeal of Running Standing. ?˙ 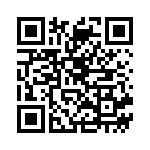