JAMES ARNT AUNE, a professor of communication at Texas A&M University, is the coeditor of one previous volume in the Presidential Rhetoric Series, Civil Rights Rhetoric and the American Presidency (2005), and the author of several other books on rhetoric. MARTIN J. MEDHURST is the founding editor of the Presidential Rhetoric Series and the prime mover behind the ten conferences on that topic held at Texas A&M University as a program of the George Bush School of Government and Public Service. This volume is the outgrowth of the last of those conferences. Medhurst is now a Distinguished Professor of Rhetoric and Communication at Baylor University. 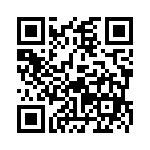