Andrew Silver is an associate professor of English at Mercer University in Macon, Georgia. He is the author of Combustible/Burn: A Play. 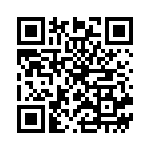