Barry Hannah was born in Meridian, Mississippi on April 23, 1942. He received a bachelor of arts degree from Mississippi College in Clinton in 1964 and a master of arts in creative writing from the University of Arkansas. He taught writing at the University of Mississippi for over 25 years. He also worked as writer in residence at the University of Iowa, the University of Montana-Missoula and Middlebury College in Vermont. During his lifetime he wrote eight novels and five short story collections including Airships (1978), Ray (1980), Never Die (1991), Bats Out of Hell (1993), High Lonesome (1996), and Yonder Stands Your Orphan (2001). His first novel, Geronimo Rex, was published in 1972 and received the William Faulkner prize for writing. In 2003, he was given the PEN/Malamud Award. He died of natural causes on March 1, 2010 at the age of 67. 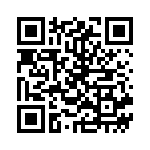