The book was a really good read. I enjoyed it. My only complaint is that I have never been allowed to use my discounts towards any books and the length of my deliveries is getting longe Llegeix la ressenya completa

got it 2 day and am process of reading it now ..thanx Llegeix la ressenya completa

Ashley Antoinette is the female half of the popular married duo, Ashley and JaQuavis. She has co-written more than 40 novels with her most popular being the four-book saga, The Prada Plan. She was born in Michigan and has a strret sense that she relies on in her crime stories. In addition to to these she has written Teen novels, several film scriots, and erotica. In 2012 she acquired a deal with Viacom to write novellas based on VH1's series, Single Ladies. In 2014 her title,The Cartel, made The New York Times Best Seller List. 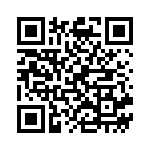