George Haggerty is professor of English at the University of California, Riverside. He is the author of Unnatural Affections: Women and Fiction in the Later 18th Century and Gothic Fiction/Gothic Form, co-editor (with Bonnie Zimmerman) of Professions of Desire: Lesbian and Gay Studies in Literature, and editor of the forthcoming Encyclopedia of Gay History and Cultures. 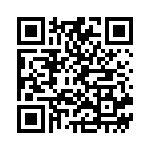