William Dennes Mahan was a Cumberland Presbyterian minister during the second half of the 19th century. Mahan published "The Report of Pilate," a supposed transcript of the trial of Jesus Christ. Although the book was full of inaccuracies, it was still reprinted as recently as 1997 under a version named "Acts of Pilate." Mahan was found guilty of falsehood and plagiarism after he wrote "Eli's Story of the Magi," which contained entire plagiarized pages of the famous novel, "Ben-Hur. 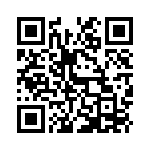