Pŕgina 730
In point of production the 10 leading counties are : Jackson , Perry , Athens , Hocking , Guernsey , Belmont , Tuscarawas , Columbiana , Stark and Jefferson , which appear in the order named . The first six are producers of over a ...
Pŕgina 856
1 Is located at Sand Run on the Monday branch of the Columbus , Hocking Valley and Toledo railway , and is owned by the Hocking Coal and Railroad Company . J. W. Winder is superintendent and Andrew Stevenson and Wm . Powers were ...
Pŕgina 942
BRIAR HILL Is located within one mile of Deavertown station , on the Columbus , Shawnee and Hocking railway , and is operated by J. G. Underwood who is also superintendent . C. A. Deaver is mine boss . 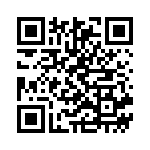