This book was so twisted and wacky that I couldn't stop reading it. When a big city reporter returns to small town life and starts looking for news stuff gets weird, Boxing, Mennonites, redneck police ... Llegeix la ressenya completa

Multiple incarnations of the title beast terrorize rural "Pennsyltucky" in this raucous third, and last novel from the late (1971-2005) Midwestern author.As he did in its predecessors Lord of the ... Llegeix la ressenya completa

Tristan Egolf was the author of Lord of the Barnyard and Skirt and the Fiddle. His novels were translated into many foreign languages. He resided in Paris, Amsterdam, rural Kentucky, Oxford, MS, Philadelphia, New York City, and Cape Cod, among other places, and worked as a dog walker, gorilla-suited singing-telegramist, busker, dishwasher, frontman of a band, and booking agent of an avant-garde dance troupe. He was born in 1971. At the time of his death in May 2005 he was living in Lancaster, PA, a city with a sizeable Amish population, and working on a rock opera, the literary/arts website Windmills Online, which currently maintains a tribute page for him, and finishing the novel Kornwolf. He leaves behind a fiancee and two year old daughter. 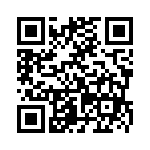