Tuana, a professor of the history of ideas, discusses classical through late 19th-century ideas of women, showing how scientific views and religious or philosophical views have influenced and ... Llegeix la ressenya completa

NANCY TUANA, Association Professor of the History of Ideas at the University of Texas at Dallas, has published in the philosophy of science and in feminist theory. She is the author of Woman and the History of Philosophy and the editor of Feminism and Science. 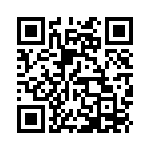