Pŕgina 46
Among the simple fea - shells , that is , those of one shell , without a hinge , I saw several rare ones , that were neither in Mrs. O'Hara's , nor in Mrs. Crafton's grottos in Fingal , as I observed to those ladies ( 5 ) .
Pŕgina 481
No age can counterfeit Cicero , Terence , St. Mark , St. John , St. Paul , no more than a counterfeit picture , medal , etc. can be imposed on , and deceive the compleat masters and judges of those ingenious professions and sciences .
Pŕgina 36
... which strongly participates of the true nature and spirit of popery , in those severe denunciations of God's wrath , which it pours so plentifully forth against all those whose heads are not turned to believe it ) , my father was so ... 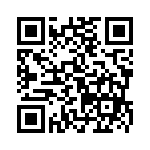